HumanFirst supports and encourages the use of hierarchical intents. There are many advantages to having a hierarchical taxonomy:

Flat lists of intents can become very cumbersome and difficult to visualize. Having your intents organized hierarchically allows your models to scale by keeping topics organized and easily visualized. 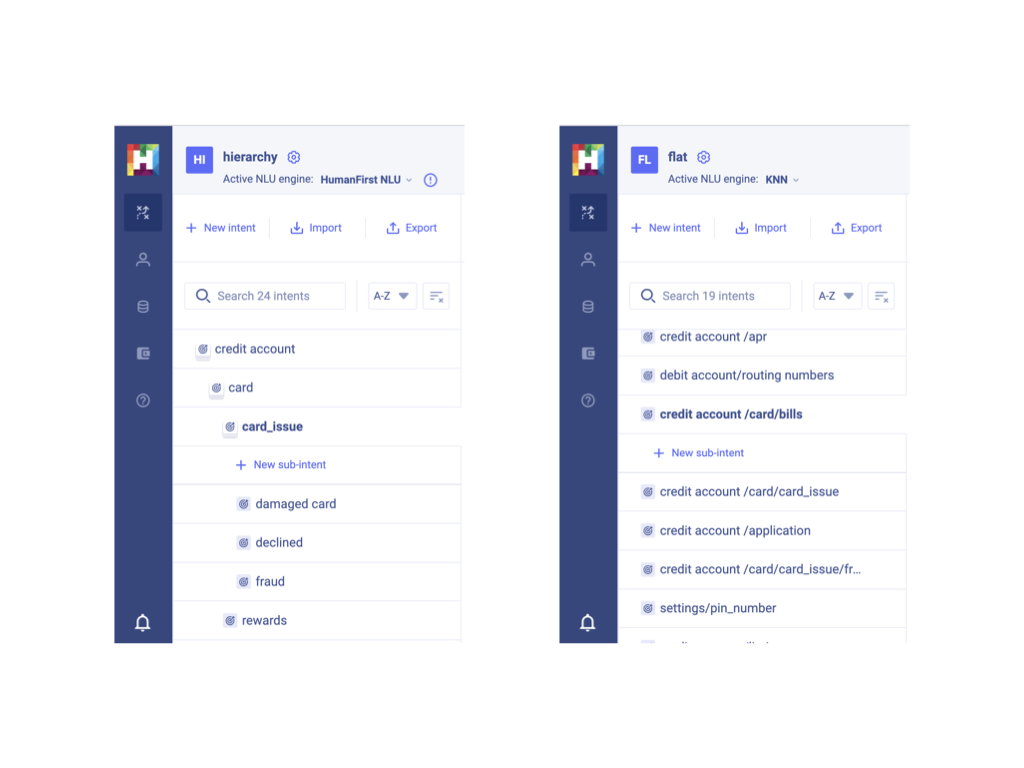 Classification at each level of granularity#

Let’s take a simple example where we have two utterances:

The first utterance is very broad and could be easily misclassified. This is one way hierarchical intents can help:

Exploring by similarity using top-level intents will expose utterances that match to the top-level intent but have low confidence in matching to sub-intents, hence exposing potentially new sub-intents to be added or phrases that are under-represented in your sub-intents’ training data.